Manhattan Movers New York City is a website run by a diligent group of young people who aim to provide you with the best tips and tricks about moving into this borough of one of the most infamous destinations for living in the world. We write about moving in general, ways to organize and plan out your relocation and make it a less stressful process. Our blog posts also include a variety of information about the city itself, with a special focus on Manhattan. We hope that you will find these facts helpful during your move to or within New York City.

Curious about the city itself?

New York City, in the state of New York, has five boroughs: Manhattan, the Bronx, Queens, Brooklyn, and Staten Island. Out of those, Manhattan is the most densely populated one and it’s commonly described as the cultural and financial capital of the world. Surely, you know that the United Nations Headquarters is situated in Manhattan. Also, due to the infamous Wall Street of the Financial District of lower Manhattan, New York City has been considered as the leading financial center and the most economically powerful city in the world. After all, doesn’t the mere mention of the city make you think of Suits or Blue Bloods?

Regarding its geography, Manhattan is composed of Manhattan Island, Marble Hill and several smaller islands, such as Roosevelt Island, Liberty Island, Ellis Island, Randalls and Wards Island. Manhattan Island is divided into three parts, The Downtown, Midtown and Uptown, bordered by the Hudson, Harlem and the East River. Marble Hill, funnily enough, used to be a part of the Manhattan Island, however, due to the digging of the Harlem Canal, they’ve been divided.

We understand that you may have some trouble navigating the neighborhoods of the city, as they aren’t named according to any, particular, single method. Some received their titles due to their geographical position, such as the Upper East Side or the famous Soho, which refers to South of Houston. And then, some of the neighborhoods are named in an ethnically descriptive way, for example Little Italy or Harlem, the name of which comes all the way from the colonial era, as a reference to Haarlem, a city in Netherlands.

We know that moving is a stressful process full of forgetting things, attempting to remember and then going from room to room in a frantic panicked state. Well, we have created this website to try and help you prevent that. We offer a wide range of tips and tricks regarding moving house, especially in the Manhattan area of New York City, as well as advice and common problems which people have already faced during their own relocations. We also publish success stories, so if you are willing to share one with us, we would love to hear from you in our ‘Contact us’ section. Our team will do their best to read over your experience and publish it on our website as soon as possible. Our goal is to help you organize your relocation in the best way, and make it a less unnerving experience. To do so, we have consulted various sources, among which are laws and rules, psychological studies, medical facts and numerous lists. Our blog is updated on a weekly basis, with posts that aim to guide you through your relocation, from the planning process to the day after your move. We provide checklists, planning tables and notes, for you to simply print out, to keep you on the right track. Once you have completed your relocation to New York City or within the city borders, we encourage you to write to us about your experience and any problems which you may have faced that we hadn’t included in our blog posts yet. Of course, if you are in the process of a relocation and you are facing an issue that you simply can’t solve, or don’t have the time to solve, feel free to reach out to us and we will do our best to help you brainstorm about it. We look forward to reading your messages! 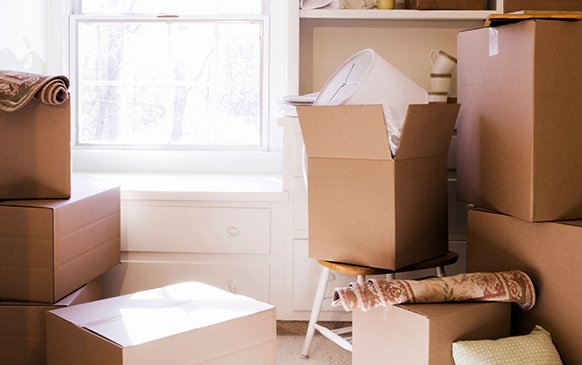