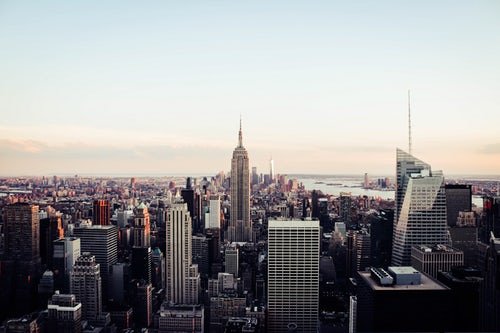 If someone mentions the United States or simply America, there is a high chance that New York comes first to mind. This metropolitan has been attracting attention for many centuries and for a reason. New York today is one of the major centers of culture, fashion, and entertainment. Whether you want to visit the city that never sleeps or you just moved here, there are numerous must-see attractions in New York. You cannot possibly see everything at once, or even after years of living there. Here is a small guide on the places you should visit while in New York. Some of these places are well known while others might surprise you. In any case, you should give them a chance to amaze you.

New York started as a trading port founded by the Dutch Republic in 1624. Forty years later, English came into possession of the land and renamed it New York after the Duke of York. Now that you know its origins, here are some interesting historical facts.

The Statue of Liberty

This list has to start with the most prominent monument in New York. The same civil engineer, who made Eiffel Tower, Gustave Eiffel, built it. It bears resemblance to Roman goddess Libertas, hence the name of the Statue. She holds a torch above her head and holds a tabula ansata in her left hand. There they inscribed the date of the U.S. Declaration of Independence. At her feet lays a broken chain symbolizing freedom. It was also the welcoming sight for millions of people who came to the United States seeking a better life. Today, it is one of the must-see attractions in New York for many tourists. It is definitely worth visiting and becoming a part of history.

For any fans of history, here is a treat for you. One of the biggest museums in the world has something for everyone. It has halls dedicated to mammals, animals, humans, and cultures from all over the world. The museum’s complex has 28 interconnected buildings in additions to library and planetarium. Among many exhibitions, the museum has one of the greatest fossil collections.

The fossils of the Tyrannosaurus rex and Apatosaurus are the most imposing sight to see and public favorite. More than 5 million people visit the museum annually. Their motto is “To discover, interpret, and disseminate—through scientific research and education—knowledge about human cultures, the natural world, and the universe.” If you share the same beliefs and want to discover fascinating facts about our world, then this is definitely a place for you.

Now, this is something that will make any bookworm and book lover rejoice. For more than a century, this reading room has been supported by many renewed literary figures, Nobel Laureates, and other prominent figures. It is a home to 4 million volumes, and visitors can browse and read any of their many titles.

The Reading room represents the escape from city life where you can get lost in an imaginary world made of words. If you wish to take a break from reading, you can do it here as well. The reading room host many authors and scholars, so you can come, hear something highly interesting, and enrich your knowledge. Another recommendation is The Strand, a famous bookshop with a large collection of rare, new, and used books. You will definitely not miss materials to read once you visit these two places and many other public libraries in New York.

You might have expected other ethnic enclaves of New York, but this one also deserves your attention. Koreatown has the second largest population of Koreans living outside of Korea.

There are around 200,000 Korean people living here. The most famous street is Korea Way where you can visit one of the numerous Korean restaurants, karaoke bars, and shops. Among the many coffee shops you need to visit in New York, add a Korean one to the list. The presence of Hangul, the Korean alphabet, gives you the feeling of Seoul. If you wish to try traditional Korean food, experience Korean saunas or buy beauty products, this is a place for you. You might even think that you left New York and went to Seoul by just going a block away. This is the reason why it is one of the must-see attractions in New York.

Lastly but no less important is Central Park. One of the biggest parks in New York, it offers a change of scenery. Since New York is an urban city with many skyscrapers and buildings, Central Park is the juxtaposition to the city life of the Big Apple. While you are taking a walk and enjoying nature, you can visit many attractions found there. Cleopatra’s Needle is one of them. Cleopatra made it in the honor of Mark Anthony. It was later moved to Alexandria when Ancient Egypt was under the Roman reign. There are two versions of how it came to New York, it was either stolen or given as a gift. Either way, it is definitely one of the must-see attractions in New York for anyone who comes to Central Park.

Some other must-see attractions in New York

There are so many must-see attractions in New York. It is impossible to list them all.

Washington Square Park or The Metropolitan Museum of Art also deserve a visit since they will offer you a unique experience. Even Manhattan alone has many places to visit. If you have just moved to New York and need a place to start from, these are the good destination. If you are just a tourist who came for a couple of days, it will be best to plan another visit. New York’s nightlife, day life, culture, and history will never tire you.